No products in the cart.

VANOIR Sydney, Designer Cup Cakes located at Paddington’s famous Five Ways, have partnered with Landcare NSW and 4Mile by being the first to host a Landcare Tap to Donate unit.

VANOIR Sydney is the brainchild of 2 creative driven best friends. Julian, art director & entrepreneur, along with Orlando Sanpo, former Interior Designer turned Cake Designer and founder of Black Velvet Sydney. Together they have collaborated to turn the ordinary cupcake into a piece of edible art.

4Mile and Landcare are proud to be supported by such a great business. Many thanks to Orlando, Julian and the team at VANOIR Sydney for their gracious support. 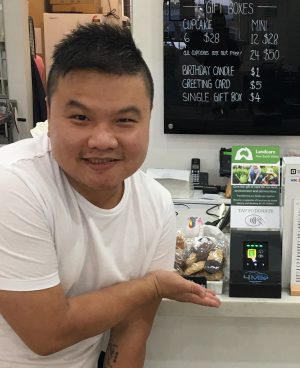